skip to main | skip to sidebar

Barack Obama has done more in his first day in office than Bush did in two terms. This includes, but is not limited to, freezing senior staffers' pay, stifling Guantanamo trials, hosting hundreds of WH visitors, meeting with economic team, meeting with foreign policy team, calling several Middle Eastern leaders (something I'm pretty sure Bush never did), shaking the hand of every member of his new staff, congratulating Hillary Clinton on officially becoming Secretary of State, and praying.

Tomorrow he orders Guantanamo Bay closed within a year. That's great and all, but it may be he's rushing to get this in as a diversionary tactic to peacemongers who will be upset to find he's not gonna get the room to move on Iraq like they wanted/voted for him to do.

And this is strange to me. Obama has been a lone voice among Democrats to leave the remnants of the Bush administration where they lie, and not move forward with any sort of investigation of illegal activity, misuse of executive power, etc. I understand where he's coming from, but after his inaugural speech, which seemed to me to be a scathing lambast of the past eight years, it's disingenuous. He also signed this document today. From Politico:

the Executive Order on Presidential Records brings those principles to presidential records by giving the American people greater access to these historic documents. This order ends the practice of having others besides the President assert executive privilege for records after an administration ends. Now, only the President will have that power, limiting its potential for abuse. And the order also requires the Attorney General and the White House Counsel to review claims of executive privilege about covered records to make sure those claims are fully warranted by the Constitution.

I don't know what to make of that. It seems very convoluded for such a simple measure. Is he safeguarding Bush? I understand how that would make sense politically. But his new WH counsel is full of attorneys who have been chomping at the bit to get at 43's record.

Whatever the concerns are, to an extent, it doesn't matter. We have a people's President now and that's wonderful. I know I speak for a lot of people my age when I say that I don't know what that is like, or even what it's like to respect the leader of my country. But I can't wait to find out. 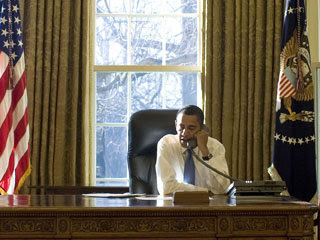 Also, who isn't dying to know what Bush wrote on the note he left for Obama? On the envelope it read, "To #44 From #43". Anyone care to speculate?

You should read that article. Bai is phenomenal. Listen.

The legislative process is like Kryptonite to the existential hero; it is designed, somewhat ingeniously, to expose even the most powerful president for the mortal that he is.

The Importance of Seeming

Just paused 4 paragraphs into reading Matt Bai's article in the Times magazine this weekend because something struck me.

With the inauguration only days away, and growing excitement/anticipation/hope/dread of the coming months and years emerging, we are reading and hearing that this is going to change the culture. "Tuesday marks a new day for the American spirit," is what we're cheering. It's conventional wisdom, nowadays. I'd like to submit a small addition to the discussions.

Tuesday seems to mark a new day for the American spirit. Obama's inauguration seems to be the beginning of a change in the culture. Call it healthy skepticism. We don't know, and these things are too "tricky, prickly" of subjects to hypothesize on with such certainty. History has certainly been made, and in a big way. America is different now than it has ever been. And all signs point to it being even more different on Tuesday. It seems to be so, but it isn't yet so. America is a funny place. A man landed a plane in the Hudson River yesterday and today he is a hero. His name is Chelsea Sullenberger and he is now indebted to late-flocking geese.

All I'm saying, it upsets history (and our own determination) to declare that we will be different tomorrow. Or more specifically, that we know HOW we will be different. Change is on the horizon. But you never know what birds will get caught in your engines.

I am totally down with this.

of Montreal's Kevin Barnes is not only a genius songwriter and totally hot, but also a savvy businessman.

Kevin Barnes from of Montreal, who happen to have recorded one of our favorite albums and played two of our favorite shows this year, wrote this piece for Stereogum back in November, in response to all the shit his band got for Outback Steakhouse and T-moblie's use of their music.  I once read an interview with him where he said, replying simply to a question about "selling out" to Outback, "it's very hard for artists to make money."  This essay, which is stunning it's brilliance and it's perspective, expands thoroughly and thoughtfully on that statement.  Everyone should read this.
mark.
at 1:22 PM No comments:

So this is the guy Barack Obama tapped to be White House science advisor.  And this is an article he wrote for Scientific American in October.
This is good news.  Next best thing to "The Gore-acle"?
mark
at 1:51 PM No comments: 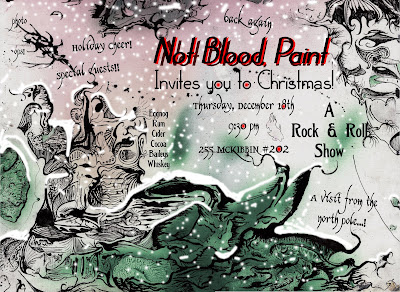 So, we'll be back up and running with some posts on here in the next couple of weeks.  We'll be regular if you will.  Some exciting things--posts on the year in music, including our lists of favorites; same for movies; concert updates and reviews; some political whatnot if we get the bug; and also notices and accounts of some of the events in which we will be participating.  So stay tuned, and be vocal.
But first!
We are officially endorsing Barack Obama for President of the United States of America.  We've written about this singular candidate in these annals before, as an exemplary politician of the highest caliber.  In weighing the issues, we've found that his vision of leadership for this country is most in line with the direction we'd like to see it go.  It may be considered "bold" for us to endorse a one-term junior Senator, who happens to not be white, from one of the more "troubled" political machines in the U.S.  But we think he's got a certain something that would do a little good for the people of America.  And you gotta admit, if (a big if) this guy pulls it off, it might be kinda historic.  Therefore, he has our support.
Barack.  Obama.  Remember the name.  You'll probably be hearing a lot about this guy.
at 12:04 PM No comments:

The economy, and economics in general: not my strong suit. My comprehension of the Wall Street catastrophe lies somewhere between shock/dismay and "uh, what now?" But one would have to be blind to not see that there is something desperately out of place in our economy. And I at least have to touch on this crisis here because it fits so well with one of the mantras of our li'l blog: No Model.

It is clear that economic model of today is broken. Imminent demise had been clear for months. The bubble had been pressurized since last year and everyone said it was only a matter of time. When the government officially intervened with Fannie/Freddie at the beginning of this month, it was the firing of the signal guns. And now this. Point is, we saw it coming. And, like so many others, the Economy is one arena where all bets are off. I can see (despite sickening debt, loss of so many jobs, and fiscal desperation) nothing but good coming of this. We are living in the most exciting time that has ever been, and we have the opportunity for complete and utter overhaul. I'll take the Al Gore approach and say that we are privileged to have the opportunity to reconsider everything. Tear it up and start again. Um, do it right. Or at least do it with the greatest of our consideration. It's to some extent a shame that we have to wait till things completely fall apart before we take notice. Sure, there wasn't much we could do to keep this from happening once the ball was set in motion. And it would be foolish to expect a logical working model when we have John McCain as the chairman of the Senate Commerce Committee. But those of us who care, those of us who are set to take over, should consider it a blessing to have the terribly disjointed models of the past razed to their foundations.

We have seen our presidential candidates react to the situation in such extremely different ways. McCain's gut reaction was to either stay calm or remain unaffected and make the unbelievable bogus claim that "the fundamentals of our economy are strong" (what!?). When called out for how ridiculous a statement like this is, he got angry! Well, he at least communicated his newfound populism with anger! Not quite sure he knows the difference between the two. He threw the word crisis into every phrase he could. He became Howard Beale, "I'm mad as hell, and I'm not going to take it anymore!" But the extent of his anger! went to calling for a "new 9/11 commission" (again, what!?) to assess the situation. Can we spell out-of-touch?

Obama, while not giving the most sound solution, did what he does best. He remained calm, confronted the situation head-on and laid out a clear, reasoned approach solving the problem. While McCain released ads blaming the Democrats and Got Populist on our asses, Obama released a two minute ad, one shot, sitting in a chair all presidential-like, and laying out, clearly if not superficially, what he sees to be the problems and how to tackle them. He then implored everyone to read his economic plan. McCain still doesn't have one of those.

The WALL STREET MASSACRE (as the Metro headline read) provided us with a clear example of how each of these candidates would govern. One was sensible and one made no sense. One was articulate and one was ridiculous. And yet, I still keep hearing these three words that send shivers down my spine: Statistical. Dead. Heat.

Why Do People Call Themselves Artists?

At a bar in Williamsburg, disturbed at a conversation happening next to me. So. I thought I'd take this moment to pose a question: Why would one person call themselves an artist? It's something that's made me sqeamish for a long time. I dunno...